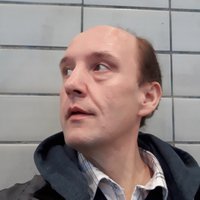 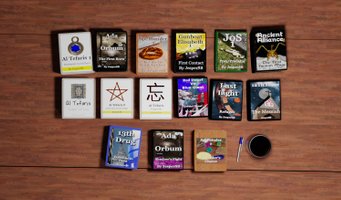 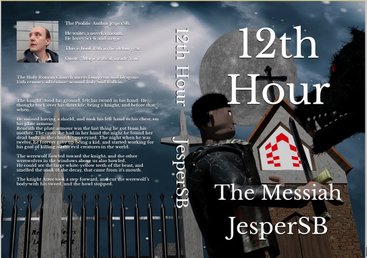 As the spring was just starting in the small city of Solana, placed on a small island, some people were out for a night night walk, when they saw the kid.

The sound of people that chatted, the birds sung, and some dogs barked, was the background sounds to the sound of the kid's bare feet hit the cobbled stones of the street.

The sun had just dipped below the landmass of Italy to the West over the sea of Adriana, as the small kid came running down the street.

The priest had yelled after him, as the kid exited the well-packed evening mass. Other people at the evening mass, tried to slow down the priest to give the kid time to get a head start.

The kid ran down the cobbled street in the last light of the day asked himself: 'Why was he attacking me.? He read the scripture wrong, not me.'

The kid was called Martin, and except for his ability to read and write, nothing stood out about him.

Short of height, skinny, with dark hair like all the other kids around here, and dirty rags for clothes... He had some freckles from his father, but not his father red hair. His dad taught him how to read and write, and the kid just loved to read and learn.

Most people knew somebody who could read and knew who to pay to write a letter. Being good at reading, now that needed a good teacher, like a monk, Or a dad who had chose love over the priesthood.

His dad taught them to love reading and writing, which mend that Martin had read most of the books he could got his hands on.

The Latin Bible was one of the first he read. His dad was a scribe for the poor, and made a living from reading and writing letters to others. People who didn't want the church men to know their business.

Some letters Martin was allowed to read by his father, while others he was not. Those he read when his dad was not at home, although his dad probably knew he read them.

Some of them describe what dogs did with each other on the streets... But Martin was just ten years old, and didn't know what love or sex is.

As he ran down the cobbled streets of Salona, between the white plashed walls of the houses, and the people out in the first evening of the spring, Martin tried to think.
So what was his crime against the church this evening.?

The fat priest from the raised wood pulpit, with the large alter behind him, said: "The bible says we have to worship each day in the church."

Martin, with his ten year old voice, asked: "Where does it say that.?"

Because in his family bible, there was only one mention of church once...

Martin knew the sign of an attack, and that was why he was now run away into the night. In the mostly silent night of the small city of Solana, he was just ten years old and on his way home.

He ran into a smaller girl in a dress as he rounds a corner at top speed. The girl felt cold, like freezing cold, and he grabbed her.

Martin grabbed the girl, and stopped here from falling, and he found a dark place in the shadows along a wall.
The priest was too old and too fat, to run fast.

He held the small, cold girl as the obese priest ran past his small hiding place.

When the fat priest had left, Martin got back up and looked at the small girl in her fancy green dress.

He smiled at the small girl: “I'm sorry. The priest doesn't like me, when I make fun of their reading. "

The girl held his hand, and she had a very strong grip.

The girl looked up at him: "I am hungry."

The voice was weak, and somehow hollow.?

Martin smiled: "Come home with me. We would find some food for you. "
He took her hand and led her toward his home. The hand was still cold, but then she may have no where to sleep. He thought it out aloud, with the logic of a ten year old: "We would figure that out tomorrow."

She walked with him home, and he climbed into the window and slipped into his room without Dad knowing it.

Mother was aware, but she had a sixth sense... Maybe all mothers had it.
According to his friends, their mother also knew what they did....

He slipped into his bed, and let the little girl lay in the bed with him and his sister. His sister woke, and her voice was a whisper: "Who was this, Martin.?"

He answered: "Just a girl who had nowhere to sleep, so I just helped her."

The girl said: "I am still hungry."

There was an apple on the table next to his sister. His sister took the apple, and gave it to the cold, little girl: "This had to be enough until the morning."

The little, cold girl ate the apple. Martin smiled, as the girl started to eat the apple. He had often eaten apples, and other things in bed.
His sister had also done it..

The little girl, sounded like this was the first time she had ever eaten an apple.

After a couple of minutes, they all fell asleep. The two human did not know the danger they are in, and not from the child vampire in their bed.

The next morning, their mother entered the room. The two kids were sleeping, and Mum had to wake them.

The family was not rich enough for the kids to go to school, and they are too young to work the fields.

In the late summer and around harvest, they all worked the fields... But not right now, when spring had just arrived.
The light hit the wall through the small wood-creaks in the window.
The sounds was that of a city waking up and getting ready to do business in the early fifteenth century.
You could hear some cows, chickens, and even a pig, being herded through the narrow streets inside the city.
Mum opened the little window and let in the sunlight, and the noise from the street grew in strength.

The two kids woke up and sat up in their beds. The boy looked after the little cold girl. He asked his mother: "Did you see a little girl when you came in.?"

His mother smiled at him: "What little girl.?"

He explained: "I met a little girl yesterday after mass, and invited her home. She was cold, and she slept in the bed, between us, and she ate an apple. "

The mother smiled at her boy. He had a good heart, and maybe too good of a fantasy: "No, my dear. You might have dreamt that. "

His sister shook her head, as her black hair pointed in every direction: "No. He did let a little cold girl sleep in the bed with him. She had left before the sun was up. "

His mum looked at the window and smiled at the kid's stories.
The window was barred from the inside before she opened it, and that would be hard for a small child to do.

She smiled: "Well. You two better got up. Dad's going to the fair in the next village, and wants you to go to help him. "

Martin smiled: "And maybe read letters to the peasants.?"

Mum nodded. The kids had been reading letters for the poor, for the last couple of months. The kids earned a little copper, which they kept... And the kids got trained in reading and sometimes writing.